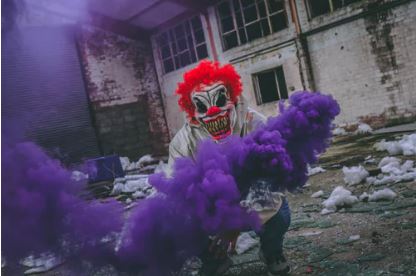 Today I want to address some misinformation surrounding mental health in society.  There are some words/phrases/diagnoses that are utilized incorrectly in everyday conversation.

“Why you so antisocial!? You don’t never wanna go no where!!!” (Introvert maybe? Or maybe they just need a break from YOU!)

“You know they antisocial. Can’t even speak to nobody.” (Maybe they just don’t like you!)

Antisocial is actually Antisocial Personality Disorder (ASPD)…a diagnosis. Antisocial Personality Disorder is when a person blatantly disregards the existence and free will of those around them. This means that they will brazenly hurt or offend those they love unapologetically. The behaviors and symptoms shown by those with ASPD are the basic presentation of individuals labeled as being sociopaths or psychopaths.

The difference between the two is that a sociopath has some major errors in their conscience; where the psychopath just doesn’t have a conscience at all. For example, a sociopath may commit a major crime that the average person is blown away by. The psychopath would commit the same crime to an even deeper level, resulting in the general public not being able to wrap their minds around the possibility of someone committing such an unspeakable crime. These are the individuals that become notoriously infamous; and sometimes are even studied.

ASPD is diagnosed in men more than women and usually in adulthood at or after the age of 18. Generally speaking, the diagnosis is not given to children or teenagers unless if they consistently display symptoms of the disorder. Their childhood is usually one that is very tumultuous, full of trouble and disciplinary actions; and draining to their parents emotionally and financially. This is not something that can solely be blamed on their environmental surroundings. More often than not they are genetically prone to the development of the disorder or are highly influenced by someone that has the disorder.

Some symptoms of Antisocial Personality Disorder are:

To break it down it’s not introverts, shy people, or someone that doesn’t like you. These are the individuals that have shown an increasing amount of disregard for law and safety from childhood into adulthood. So when a child was cussing out their parents/teachers…then started stealing…then started robbing…then started beating their sister…then blew up the front of a bank to rob it. Hypothetical situation but explains the progression of the diagnosis.

This is the birth of a career criminal or sociopath; not another name for a shy person that doesn’t want to socialize much.